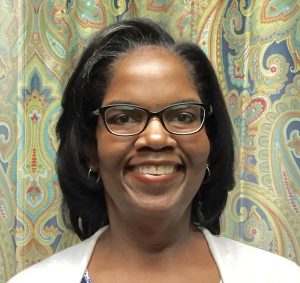 Wanda G. Addison is a professor and folklorist who teaches graduate and undergraduate literature, with primary teaching interests in African American literature and culture; concepts of home, place, and identity in literature; the Harlem Renaissance; James Baldwin; and Gothic studies. Currently, her writing and research interests comprise Black storytelling and culture, concepts of home and belonging in African American literature and narrative, oral history, intangible cultural heritage, and Ernest J. Gaines. She is completing an edited collection entitled Reimagining Ernest J. Gaines for the 21st Century for University Press of Mississippi. She has a chapter in Advancing Folkloristics from Indiana University Press, forthcoming in 2021, entitled “Standing with Others: Folklorists in the Midst of Home,” in which she explores life as a lone folklorist in a higher education institution and the impact such folklorists can play through community engagement, cross-disciplinary projects, and administrative roles. In addition, she has published essays on Ernest J. Gaines and his first novel, Catherine Carmier, in a book entitled Encyclopedia of the Black Arts Movement published in 2019; and her article “Black History Month Programs: Performance and Heritage,” published in Material Culture Review, examines the concept of home and cultural connection and sustainability in Black History Month storytelling performances. 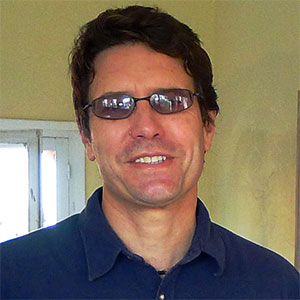 Luis Acebal received his Ph.D. in Comparative Literature at State University of New York (Binghamton). His interests are in comparative literatures has led him to teach and conduct literary research in Latin American and Europe in recent years. As a Fulbright scholar, he conducted research and taught graduate literature courses in Santa Fe, Argentina. He is currently editor of Glimpse, a journal dedicated to questions of media and phenomenology. 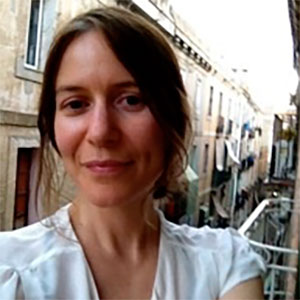 Amina Cain received her BA in Women’s Studies, summa cum laude and with honors, from the Ohio State University and her MFA in Creative Writing/Fiction from the School of the Art Institute of Chicago, where she was a recipient of the 1999 graduate writing fellowship. She is the author of two collections of short stories: Creature (Dorothy, a publishing project, 2013) and I Go To Some Hollow (Les Figues Press, 2009). Her stories and essays have appeared in BOMB, n+1, Denver Quarterly, The Paris Review Daily, Puerto del Sol, and other places. She is currently working on a novel and a book of essays on the space of reading and writing fiction. At National, she coordinates the fiction workshops in the MCW program and is lead faculty of the AA in Creative Writing program. 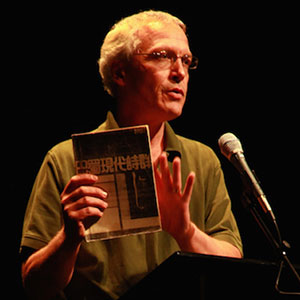 Michael Martin Day 戴迈河 is an Associate Professor of literature and history at National University. A translator of Chinese poetry and fiction since 1984, he is a contributor to the Leiden-based poetry division of the Digital Archive for Chinese Studies (DACHS) website (http://leiden.dachs-archive.org/), where some of his poetry translations and related materials may be found. Born in Canada, he lived for seven years in China and eight years in Europe before coming to NU in 2007. 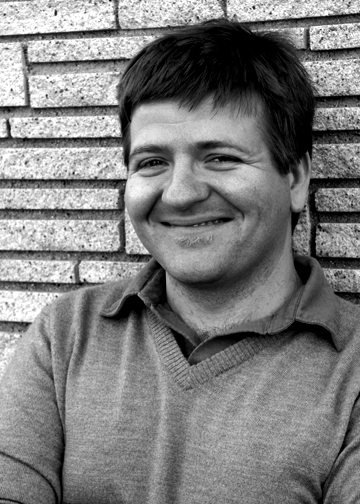 Colin Dickey is the author of Cranioklepty: Grave Robbing and the Search for Genius, and Afterlives of the Saints: Stories from the Ends of Faith, both from Unbridled Books. His work has appeared in Cabinet, The Santa Monica Review, and TriQuarterly, among other places. He is the co-editor (with Nicole Antebi and Robby Herbst) of Failure! Experiments in Aesthetic and Social Practices.  His latest book, Ghostland:  An American History in Haunted Places, was published in October 2016. 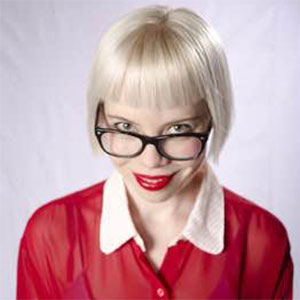 Kate Durbin teaches creative writing (both poetry and fiction), composition, literature, and art history, among other subjects. She has been teaching college for a decade now and is the published author of three books: two poetry and one fiction. She also created an interactive poetry app, ABRA, which received an NEA grant. She is a performance artist, and her most recent performance, Hello Selfie, was at ART BASEL Miami Beach. In 2015, she was the Arts Queensland Poet-in-Residence. Her work was recently featured in the documentary The F Word, on feminist art. 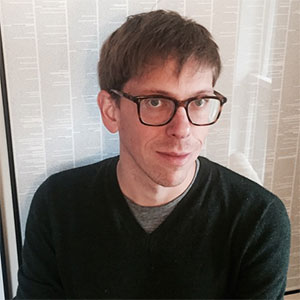 Bryan Hurt is the author of Everyone Wants to Be Ambassador to France, winner of the Starcherone Prize for Innovative Fiction, and editor of Watchlist:32 Stories by Persons of Interest. His fiction and essays have appeared in The American Reader, Guernica, the Kenyon Review, the Los Angeles Review of Books, Tin House, TriQuarterly, and many others. Born in Ohio, he’s lived in Los Angeles, Colorado, and New York. 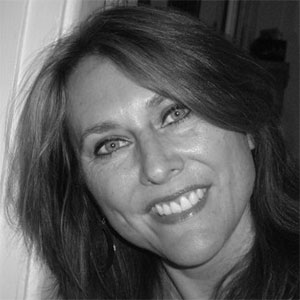 Martha Kinkade holds an MFA in Poetry from San Diego State University. Her publications include Winter’s Light, a book of poems that delves deeply into the cowboy mythology, and a collaborative art book, Two Non-Virgins, that explores sexuality. Her work has appeared in San Diego Writer’s Ink Anthology, Chicago Literati, The Mom Egg, and The Jackson Hole Review. She is currently working on a collection of poetry that explores the nature of evil. 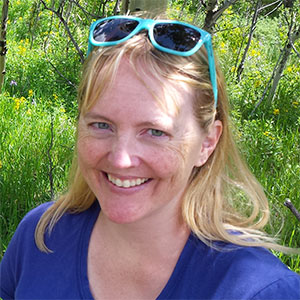 Andrea Lawson holds a Ph.D. in English literature with a Renaissance Drama specialization from the University of California, Davis. Her most recent publication in Early Theatre addresses the gift cycle in Thomas Dekker’s The Shoemaker’s Holiday. She has enjoyed fellowships at UCLA’s William Andrews Clark Memorial Library and UC Davis, as well as the opportunity to complete her dissertation through an exchange with London’s Globe Theatre. She has taught at UC Davis, UC Irvine, and Orange Coast College. At National University she most often teaches graduate Research and Methodology and both graduate and undergraduate courses in Medieval and Renaissance literature. She ran her third marathon, the LA Marathon, on February 14, 2016. 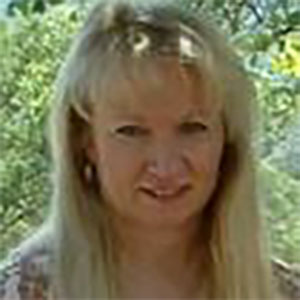 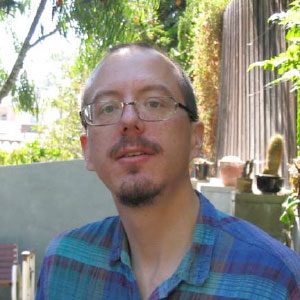 Scott McClintock has a Ph.D. in Comparative Literature from the University of California, Irvine. His research interests include literatures of the Americas, anti-terror discourse critique, the Indian novel in English, and Cold War cultural studies. His publications include Topologies of Fear in Contemporary Fiction: The Anxieties of Post-Nationalism and Counter Terrorism (Palgrave Macmillan, 2015), “’The Matter of Being Ex-Patriots’: Hemingway and Inter-American Literary Study,” in Hemingway, Cuba, and the Cuban Works (Kent State University Press, 2014), and the co-edited anthology (with John Miller), Pynchon’s California (University of Iowa, 2014), as well as articles in Comparative Literature Studies, Clio: A Journal of Philosophy and History, and South Asian Review. He lives in Big Bear City, California. 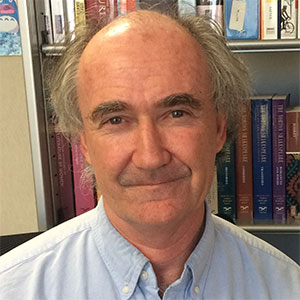 John Miller is the Faculty Advisor for the Major in English programs designed for prospective teachers. He teaches classes in British literature, Shakespeare, contemporary fiction, and nature writing. He has a particular interest in questions of reader response and has published articles on early modern prose, J.R.R. Tolkien, Thomas Pynchon, hyperfiction and role playing games, the science fiction short story, and online pedagogy; with his NU colleague Scott McClintock, he co-edited the essay collection Pynchon’s California, published by the University of Iowa Press in 2014. He received his Ph.D. from the University of California, Irvine, and lives in Orange County, California. 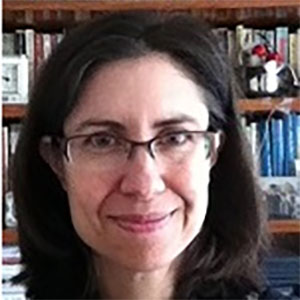 Christine Photinos teaches writing, literature, and film in National University’s Department of Arts and Humanities and coordinates the Rhetoric specialization within the Masters in English program. She also oversees the University’s General Education information literacy requirement. Her research interests include rhetoric and composition theory, critical information literacy, crime fiction, and American road narratives. Her work has appeared in the journals Popular Culture Review, Notes on Teaching English, Clues: A Journal of Detection, AmeriQuests, The Journal of Popular Culture, Women’s Studies: An Interdisciplinary Journal, The Journal of American Culture, and Kairos: A Journal of Rhetoric, Technology, and Pedagogy, and in edited collections, including The Complete Guide to Using Google in Libraries, Lujuria–Historia de los afectos: Ensayos de cine y filosofía, Murder 101: Essays on the Teaching of Detective Fiction, A Rhetorical Approach to Workplace Writing Practices, and Practical Composition: Exercises for the English Classroom from Working Instructors. She also contributes to the open education projects Writing Commons and MERLOT. 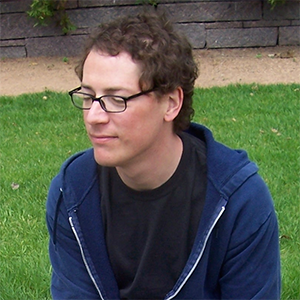 Michael Rerick earned his PhD in English and Comparative Literature from the University of Cincinnati and an MFA in Poetry form the University of Arizona. He is the author of the poetry collections In Ways Impossible to Fold (Marsh Hawk Press), X-Ray (Flying Guillotine Press), and morefrom (Alice Blue Press). Recent work appears at Coconut, Cosmonauts Avenue, H_NGM_N, Indefinite Space, MadHat, Ping Pong and Tarpaulin Sky. He teaches composition, literature, and creative writing. 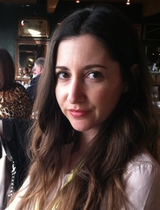 Sophie Sills holds an MFA in Creative Writing from Mills College and is the author of one book of poetry, Elemental Perceptions: A Panorama. She has published poetry and reviews in Jacket2, Elimae, ElevenEleven, Manor House Quarterly, Artillery Magazine, BlazeVox, and other journals. Sophie has been with National University for 7 years, teaching courses in Composition, Literature, Creative Writing, Information Literacy and Poetry. She is currently working on a collection of personal essays. 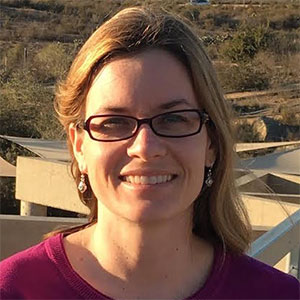 Julie Wilhelm is the Faculty Advisor for the Major in English.  She received her Ph.D. in English from the University of California, Davis. She teaches classes in American literature, gender and literature, and critical theory. Her research interests include sentimentalist humor, affect, and labor in American literature, gender studies, and the Gothic. She has published several essays on nineteenth-century sentimentalist humor, including an essay on The House of the Seven Gables in The Nathaniel Hawthorne Review, and co-authored an essay on the Gothic Bear in Monsters and Monstrosity from the Fin de Siècle to the Millennium. She lives in Orange County, California. 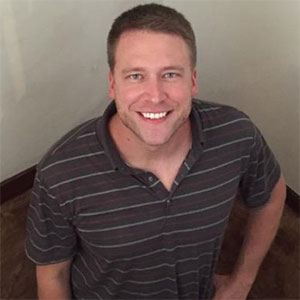 Michael Zimmer is a writer and filmmaker based in Los Angeles. He has developed feature screenplay and television projects with multiple production companies, and he co-directed and produced an award-winning feature documentary, The Entertainers, about the World Championship Old-Time Piano Playing Contest. His fiction has recently appeared in Pithead Chapel, Spelk, Linden Avenue Literary Journal, and Akashic Books’ Mondays Are Murder. He teaches undergraduate and graduate creative writing courses at National University.